Posted on December 2, 2012July 24, 2013 by ronnguyen
Look at that… The month of Christmas… The time that should more or less be magical.
This month starts with a fresh hair cut on such a cold day. This week was not much to speak of as not much happened for me.
My mind had been motivated for the past few days but the coldness ties me down to laziness…
I had a meeting with John last night with a lot of inspirational talk in terms of future jobs, and more in depth speak regarding our competition if our project becomes a release.
We aren’t dealing with much out there as the idea we’ve come up is very unique in its way. However, as the meetings increase, the more complicated matters begin to rise in terms of the back end development, which is what I am dealing with… No big deal though. I’ll just need to find a good algorithm for it…
Time is expensive as you cannot buy it back so what do you do? Keep each day productive. Don’t let a day pass you unless you’re proud of it. 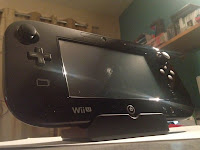 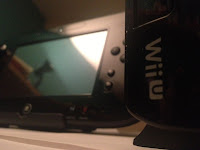 So last night, straight after work, I needed to cancel on drinks with my colleagues because Tim bought a Nintendo Wii U and unfortunately since I moved houses very recently, my shopto.net account was still linked to the old address so we travelled to Croydon to collect it. It was freezing cold and we had to wait outside from the depot until it came out! They seriously need to invest in a waiting room for us customers! The security guard was in his little warm cabin and holding his hot water bottle just to rub it in! Jerk!
Eventually, our package came out, signed for it and left. The travel home was pretty much simple!
Tim decided to make an unboxing video for this and I was just there taking pictures! 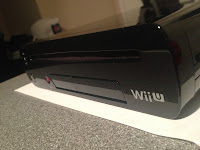 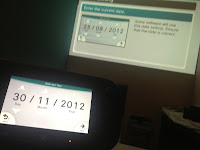 The black edition of the Nintendo Wii U looked very sleek. As we open the box, each item being taken out was just excitement filling our stomachs.. Looking at the console and the game pad just made me want to purchase one! But it was best if I didn’t. I tend to buy these things and then throw them in the corner after a week. Wow! I can control my temptations now! Awesome!

I think it’s about time I lifted up my control pad for a bit. I need to play some games… Development has been very slow so must crack on with that… So much to do…