At the GameFEST, hosted a few weeks ago at Birmingham, one of the games that was on top of my list was seeing Mario on the 3D platform, Nintendo 3DS.

GameFEST gave me 4 options to play and luckily, I got to play all of them. The visuals are done very well. The gameplay, especially when the 3D is turned on, was an unforgettable experience…

The racoon suit was great to play with but nothing new; just the Mario being able to stay in the air for those extra seconds and whacking enemies with it makes it all worth a while.

At the end of the day, the game is definitely great for those who haven’t played a Mario game EVER however, people who have played and followed the Mario series, don’t expect a major change still a game on top of my list though!

Overall, great game and will get it on the day of release (November 13th). 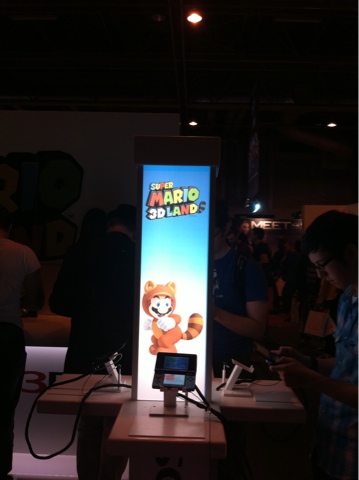