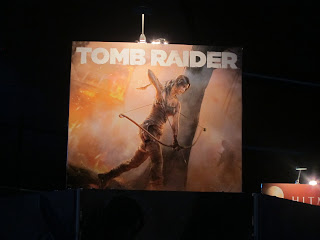 Tomb Raider… The one game that I have been waiting for since their first announcement and sneak-peek of the game, I finally had the privilege to play the demo and see how the game is!

The game was absolutely phenomenal! It was really realistic, Lara Crofts actions and the way she speaks is just so fluent! 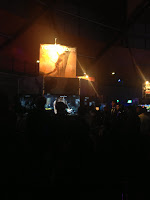 In this new Square Enix creation, there was a sense of feeling where it was emotional and struggle… To top it off, the camera views and reaction to what she sees or feels during gameplay made me know exactly how Lara was feeling. Games, from what I’ve tried, did not give me that experience which is why I feel this game has great potential and I am completely sold!

The demo was approximately 10 minutes of gameplay and got to explore the environment long enough to judge it.

Using the bow and arrow was pretty awesome. The longer you hold the button down, you can measure how hard and far you would like to shoot. I took down a deer! Not a pleasant view but Lara did say “Sorry” for me so all is well! 🙂

From all the positive notes I’ve written here, its clear as day that I will definitely go ahead and purchase this game!!