Posted on April 7, 2013July 24, 2013 by ronnguyen
It didn’t feel like a long time since BF3 was released and now the new one is coming…
The game had a big hype from people and in support of this, I’m excited! The 17 minute gameplay now available on YouTube shows a whole lot for campaign mode. Truth be told, I started at Battlefield 3 and kept in the multiplayer region so I’m not really sure if I can compare but I will put my opinion into it anyway.
For starters, the graphics have never disappointed me since the BF3 era. The environment looks spectacular thanks to the Frostbite 3 engine! The lighting is just so amazing. The way how the glare of the sun and many other factors just keeps you immersed into the game. Sometimes in Battlefield 3, I would just stop and stare at the little details in the environment for a while only until the random individual just comes over to knife me… Not cool! And to top it all off, there is going to be a dynamic weather system!? Now that is going to be something to look forward to! 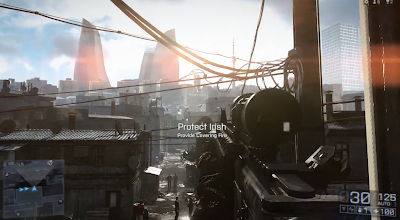 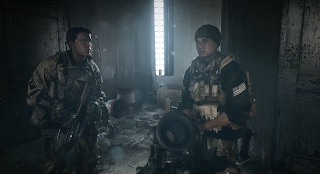 In compliments to animation, when the characters are talking with each other, their body language indicates they have a history which in my opinion, most games does not successfully grasp very well. But don’t get me wrong. I’ve seen many games achieve this but in comparison to BF3, it has improved.

It seems like the destruction is a big hype in this game. I never got to play Bad Company 2 but reviews and all indicated it was known for the destruction and with that being said, it has been confirmed that destruction is coming back into BF4. Now I thought that BF3 was enough destruction as it was but there is more!? Knowing me, I am definitely looking to do that for certain! Apparently FULLY COLLAPSIBLE BUILDINGS!? Got to try that!! 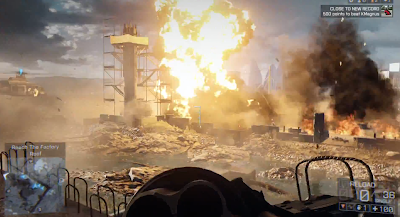 Maps are going to be bigger. Again, I thought BF3 had large enough environments and yet they’re going to make it bigger… So long the soldiers do not run out of breath like Black Ops, BRING IT ON! But it does make sense for those who like to play in the air. I tried an aircraft a few times in BF3 and it felt as though when I flew in the air, I came to the end of the map too quickly so maybe in BF4, I’ll play a bit more in the sky…

And best of all, this game will be available not only on the current consoles, but also the next-gen ones too! So just imagine how much better the graphics will be… Hmmmm… 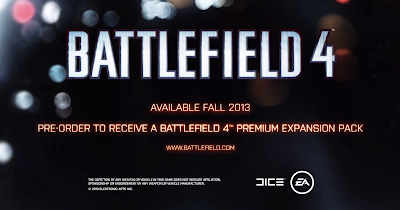 These are the main pointers I am looking forward to in regards to this game! Mind you, when I started watching the 17 minute gameplay of BF4, it made me start playing the campaign version of BF3 and I am really starting to love it! With that being said, I may just run off to play some more now!
Thank you DICE for creating this EPIC game!